They named the project Phil, because it sounded friendly. (For those who required an acronym, they had one handy: Probabilistic Hierarchical Inferential Learner.) That was bad news for a Google Engineer named Phil who kept getting emails about the system. He begged Harik to change the name, but Phil it was.

– Steven Levy, In The Plex: How Google Thinks, Works, and Shapes Our Lives.

How does Google decide which Adsense advertisements to show on which Web pages? How do they avoid showing inappropriate advertisements on those content pages? How does the document classification system they use to power those decisions work, and has its use been expanded beyond Google’s advertising system?

Steven Levy’s In the Plex describes the early days of Google’s Adsense program, where web publishers could sign up to display contextually relevant blocks of advertisements on their pages, and would receive a percentage of the advertising fee if someone clicked through an ad being shown. The name of the program, Adsense, originated with a company called Applied Semantics which Google acquired around the time that they were putting the finishing touches on this content-based advertising system.

Note, I’m having a hard time finishing In the Plex. I keep on getting sidetracked by mentions of people and algorithms and events that I want to learn more about.

The mentions of PHIL in the book led me to dig in deeper, and see if I could uncover more information about PHIL. I came across the original provisional patent filing “Methods and apparatus for probabilistic hierarchical inferential learner,” application number 60/416,144, which was filed on October 3, 2002 and expired on July 19th, 2004 without having been published. I had never seen it before, and I suspect that very few outside of Google or the patent office have either, though I recognized a good amount of what I read in it.

PHIL was invented by Georges Harik and Noam Shazeer, and many of the ideas about how words and concepts associated with them might be clustered and classified can be found in the following patents where they are listed as co-inventors:

The following patent application describes how the Phil clustering system might be used to categorize many different types of documents:

Categorizing objects, such as documents and/or clusters, with respect to a taxonomy and data structures derived from such categorization

A semantic cluster (e.g., a term co-occurrence cluster) may be automatically associated with one or more categories (e.g., vertical categories) of a predefined taxonomy by:

A property (e.g., a Website) may be associated with one or more categories (e.g., vertical categories) of a predefined taxonomy by:

Some of the capabilities behind PHIL were pinpointed in one of the slides from a presentation by Google’s Ruchira S. Datta, during the Tenth Annual Bay Area Discrete Mathematics Day, PHIL: The Probabilistic Hierarchical Inferential Learner, April 9th, 2005

What Can We Do With Phil?

The provisional patent was refiled with slightly modified language in September of 2003, and was granted under the name Method and apparatus for characterizing documents based on clusters of related words. One of the major changes was the removal of references to the system as “PHIL”.

I wrote about that patent back in January, before I began reading In the Plex and before I knew of the Google Code name PHIL, in the post Why a Search Engine Might Cluster Concepts to Improve Search Results. At the time, I hadn’t realized that not only is Google using the type of classification described in the patent to classify web pages for purposes of its Adsense program, but that they had been for years and years.

We know that PHIL played an important and integral role in how Google classifies web pages to decide upon which ads to show on pages through Adsense. Some of the classifications provided as examples in the Categorizing objects patent include “sensitive” topics like the ones that I wrote about in my last post on How A Search Engine Might Classify Web Pages as Sensitive.

PHIL (Probabilistic Hierarchical Inferential Learner) classifies pages into different categories by learning about terms and concepts that co-occur upon pages, and clustering similar pages together. Google’s Phrase-Based Indexing also focuses upon identifying good phrases and co-occurrence of terms on pages, but using a different system, and focusing more upon ranking web pages. There have been two generations of Phrase Based Indexing patents, with the second group focusing upon implementing the system in a large scale indexing system, so there’s a possibility that it plays a similar role to PHIL on the web search side.

There is the possibility that the kind of taxonomy that PHIL places pages and sites within could be used in combination with other types of document classification systems, perhaps even one such as Panda, so that sites that cover similar types of topics might be compared against one another.

The post Google’s Second Most Important Algorithm? Before Google’s Panda, there was Phil appeared first on SEO by the Sea ⚓. 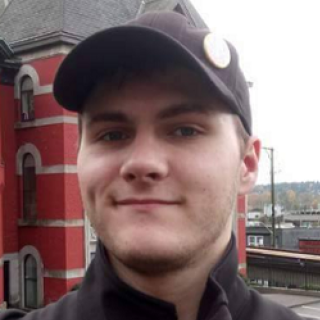